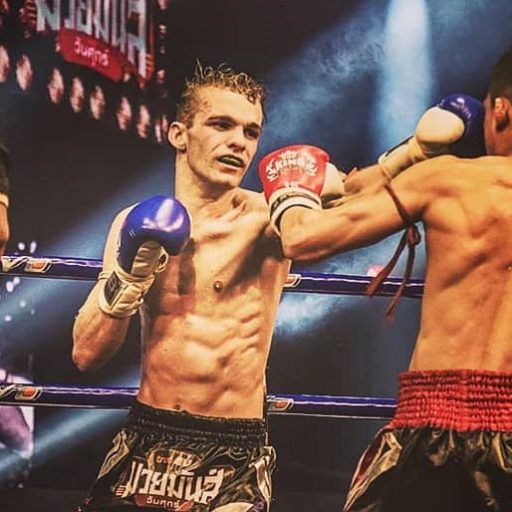 Dan has been competing professionally in Muay Thai from the age of 15. He made his professional debut in the biggest stadium in Thailand, Rajadamnern stadium. To this day he remains undefeated in both major stadiums (Rajadamnern and Lumpinee stadium) with four wins in each stadium. Dan has fought all over the world in some of the biggest promotions in Tokyo, California and Thailand.

At the age of 18 he won the UK Bantamweight number one spot and is still yet to be defeated by any UK/European fighter since turning professional.

Dan has done many seminars around the UK and Norway. Although not as often these days due to Dan recently being signed by One Championship, we are pleased to have him as our striking coach sharing his skill set and expertise with the Kraken fighters/students.