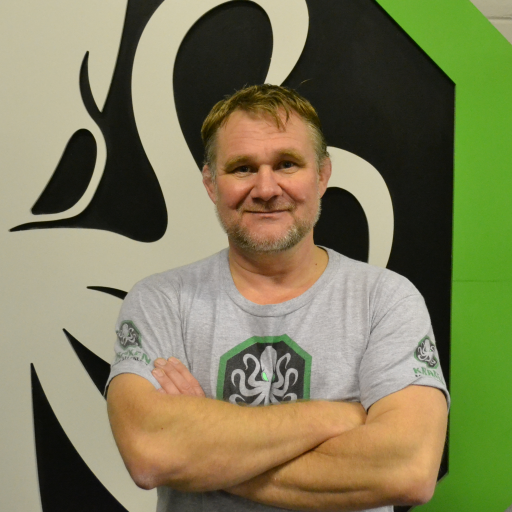 John began his grappling career with Judo in 1979 quickly rising through the junior ranks. As John progressed in judo to the rank of 2nd Dan he was introduced to other wrestling styles including Olympic Freestyle, Cumberland and Westmoreland Wrestling and Sambo.

He soon realised that the versatility and freedom of wrestling suited his particular fighting style better and he went on to win English and British Championship titles at Sambo. These successes then lead to an international career culminating in representing GB at both European and World level.

In other styles John enjoyed similar success becoming British Police Champion on a number of occasions in both Freestyle and Cumberland Westmoreland Wrestling. John retired from wrestling in his 30’s to concentrate on passing on his knowledge and experience to a new generation.