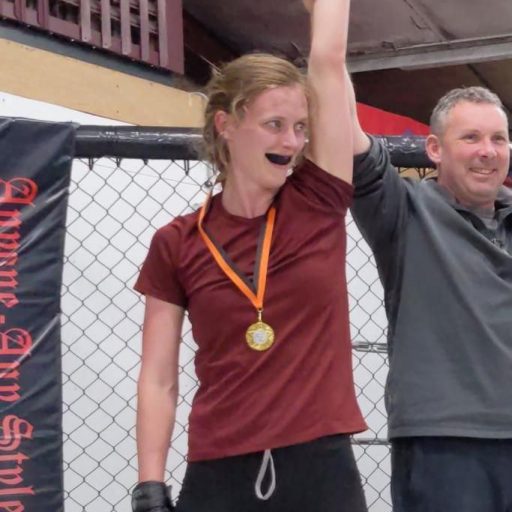 Lindsey has always had a love for sports and has been an avid runner for over 15 years. She ran competitively whilst in The States at University in both short and long distances. Since then she has continued running for her own mental and physical well-being and has completed several marathons, the fastest in a time of 3hrs 37min!

She has previously been described as an all-in person, and always struggled to find a good strategic outlet for her energy – until she discovered MMA. She began training MMA with her husband (also trains at Kraken) eight months postpartum and there was no going back! She began competing in interclubs less than a year later and is now eagerly awaiting her amateur MMA debut after having multiple opponents pull out on her.