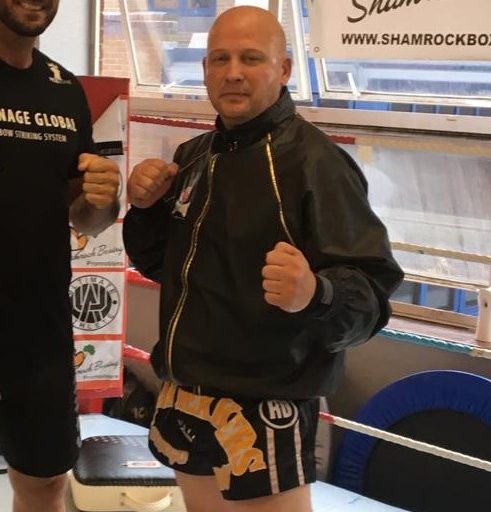 Marky has been involved in martial arts for nearly 40 years, training in lau gar, wing chung, kali stick fighting and kick boxing before finding Muay Thai which he’s been training/coaching in for the last 20 year’s both in the Uk and the home of Muay Thai – Thailand! He also had his fair share of full contact bouts throughout his teens and twentys.

Having helped train some of the top Muay Thai fighters out of the UK he has earnt himself a very respectful reputation in the fighting world. One of these fighter’s is Kraken’s other striking coach and multiple title holder, Daniel McGowan, who Marky has been helping since Dan was 12 years old!