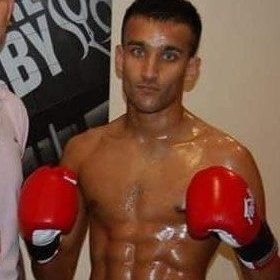 Nate has studied Muay Thai since he was 16 years old and has trained alongside/under some of best fighters/coaches in the UK. He has trained and grown up alongside Daniel McGowan who has just recently been signed to One Championship. He has also trained under prestigious coaches such as the late Liam Robinson who’s gym was voted Gym of the Year in 2014 and Thai trainer Parnpetch Rirom who has won the prestigious Rajadamnearn multiple times.

Nathan himself has fought many times all over the UK!

He’s very excited about sharing his wealth of experience with the Kraken squad and is looking forward to helping everyone achieve their goals, whether that be improving your technique, fitness, strength and of course those who wish to compete!