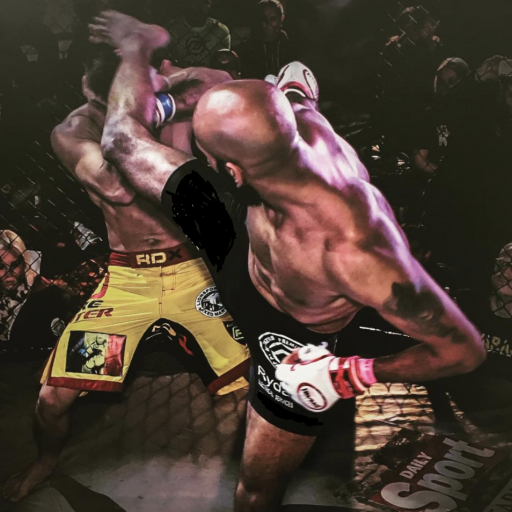 Rick has over a decade of experience in teaching Martial arts. For him, it is not simply a sport, it’s a way of life. His interest was sparked when he first began training as a hobby. He very quickly became inspired by discipline and fitness of the mind and body that martial arts provides. Thanks to his natural ability and passion for the arts after just a few short years of training, he began competing on a national level.

From the amateur competition regional ranks, he dedicated his life to training and becoming a professional athlete where he has fought at the highest level in the UK. His opponents include former British champions and UFC fighters. He quickly scaled up the professional ranks, gaining the titles of Fury MMA and TKMMA light weight champion, and was signed to top UK based MMA organisation BAMMA.

Rick has a wealth of experience to help both top caliber fighters and students that are up and coming but hungry to make as a fighter. You will undoubtedly gain a part of the “hard work over everything” attitude too!