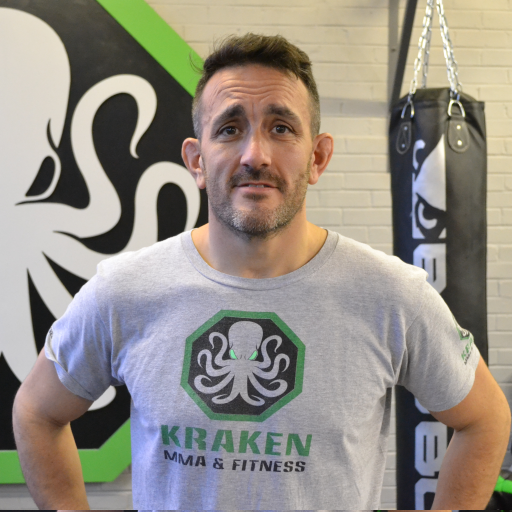 Tim’s had a lifelong interest in martial arts and fitness. After watching the Karate Kid for the first time at the age of 7 Tim started training Shotokan Karate which he did for 8 years. Tim’s interest then moved to Rugby playing for Bedford Blues up until the age of 21. He then worked as a fitness instructor specialising in weight loss and strength training.

Tim’ passion for Martial Arts never left him throughout training in Choi Kwang Do and popping along to Bedford Judo club until he found what he was looking for with MMA which he’s spent the last 6 years training in.

Training MMA inevitably led Tim to try and fall in love with Brazilian Jiu Jitsu, entering his first competition and winning the English National Championship in 2017 and placing Silver in the British No-Gi national championship in 2018. He is currently a purple belt.